Janir had the misfortune of being born with one of the hated Argetallams for a father. But unlike other Argetallam children, she was mostly granted a normal childhood, away from the rest of her family. It looked as if she would live a relatively normal life as the foster-daughter of a powerful lord. Until one critical day Janir’s powers awakened and she became entangled in a young enchanter’s quest for a long-lost treasure called the Key of Amatahns… 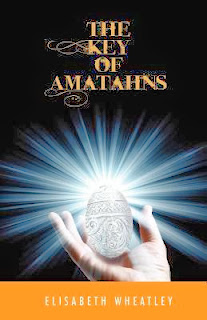 What a fun, engaging, quick read! In her debut novel, teen author Elisabeth Wheatley delivers up a wonderful first installment of what promises to be a fascinating series. Janir is a likable and compassionate heroine–and while many heroines manage to be likable nowadays, compassion isn’t something we see modeled that often, so she proved to be a wonderful find. I also enjoyed the fact that, although she can hunt, she is not a ninja, nor does she attempt to turn into one. Janir fights when she has to, but she’d rather not, and she certainly isn’t a wizard with a blade.

Speaking of wizards, I would like to personally thank Ms. Wheatley for giving the world the young enchanter Karile. He is the most wonderful depiction of obnoxious but lovable younger brother material I think I’ve ever come across in this genre (note: he’s not actually Janir’s brother, he just has that feel. Janir has a younger brother and lemme tell you, he’s a piece of work!). Karile is the perfect comic relief, and yet he comes through in more serious moments, gets Janir into the best of scrapes, and then, sometimes, out of them, and…well, you’ll just have to read The Key to enjoy him yourself.

Ms. Wheatley’s writing is generally very strong. The characters are well-rounded and each have their own unique voice, the plot has a few twists that will surprise you, and for as evil as a villain as we meet, we’re left with a sense of complexity when it comes to understanding him. I did notice some passages that were awkward, and a couple places where the pacing was off, but it was not enough to take away from the read. I am looking forward to reading the next books in this series. 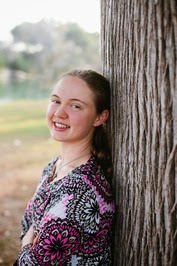 Elisabeth Wheatley is a teenager of the Texas Hill Country. When she’s not daydreaming of elves, vampires, or hot guys in armor, she is reading copious amounts of fantasy, playing with her little brothers, studying mythology, and training and showing her Jack Russell Terrier, Schnay.