As many of you know, I quite enjoy the stories of Rabia Gale. I’m delighted to have the opportunity to take part in the cover reveal for next release, Flare. Without further ado, I’m turning it over to Rabia…

Thank you so much for having me on your blog today!

I’m delighted to reveal the cover for my upcoming release, Flare, Book Two of The Sunless World, an epic fantasy series with a steampunk flavor.

Rafe and Isabella are back

The mages of old saved their world, but left it in eternal darkness. Now it’s time to bring back the light.

After two years of training his magical gifts, Rafe returns home to a land wracked by war. Desperate states struggle to protect their resources of luminous quartz. Magic pulses and earthquakes devastate a world on the brink of extinction.

Rafe’s old enemy Karzov has gathered a band of prodigies obedient to his will. He seeks the power of the ancient mages for an audacious and sinister purpose. It’s up to Rafe and his ally, Isabella, to stop himóand undo the mistakes of the past to put their world right again. 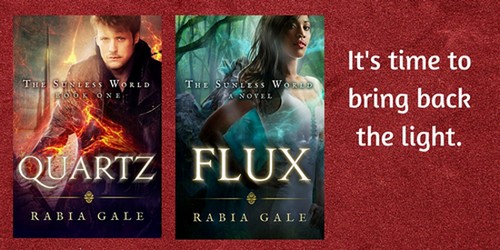 “Quartz: The Sunless World introduces a rich and credible backdrop to the adventures of her characters, with a deadly political mire underlying the bright colours of high society.” – By Rite of Word Reviews

“This story is fast, fascinating and highly recommended.” – Amazon.com review 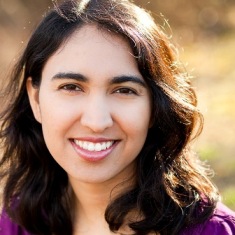 I create weird worlds full of magic and machines, and write characters who are called on to be heroes. I’m fascinated by light and darkness, transformation, and things that fly. Giant squid and space dragons appear in my workóyou have been warned!

A native of Pakistan, I now reside in Northern Virginia, where I read, write, doodle, avoid housework, and homeschool my children.